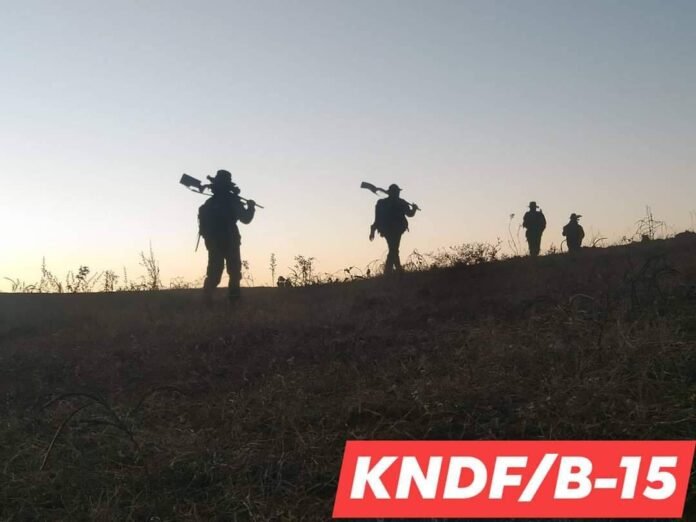 The Karenni Human Rights Group (KnHRG) has documented that at least 40 people have been killed and more than 150 wounded in Karenni State since last year’s military coup but suspects that the causalities rates may be underestimated.

During the fighting with the Karenni resistance groups, the Burma Army (BA) has frequently attacked civilian villages with artillery.

“According to our records, there are close to 200 causalities in Karenni State. In reality, it could be even higher,” says Banyar, who heads the KnHRG.

According to the civilian watchdog group Progressive Karenni People’s Force, 255 civilians were killed by the regime, including those who died from shelling.

Paul Lu, who’s from Demawso Township, said that shelling hit a tree that fell on his house. “At that time we were lying in our bed. My two nieces and I were wounded in my house.”

Thae Reh from eastern Demawso said: “During the fighting, sometimes we hide in the bunker in our village instead of fleeing. And sometimes we flee for two to three nights and then return.”  Most of the residents from this region have been displaced by shelling and clashes.

The BA often indiscriminately spray an area with artillery before launching an offensive against resistance groups, and sometimes they directly attack civilian villages in the state.

“The BA shells villages to traumatise people. Their message is: if you attack us, we’ll attack a village,” says Banyar, explaining that the regime considers villages that have opened underground schools or clinics as legitimate targets, which constitutes a “war crime” and “crime against humanity”.