Junta operation will heavier the fighting in Karenni 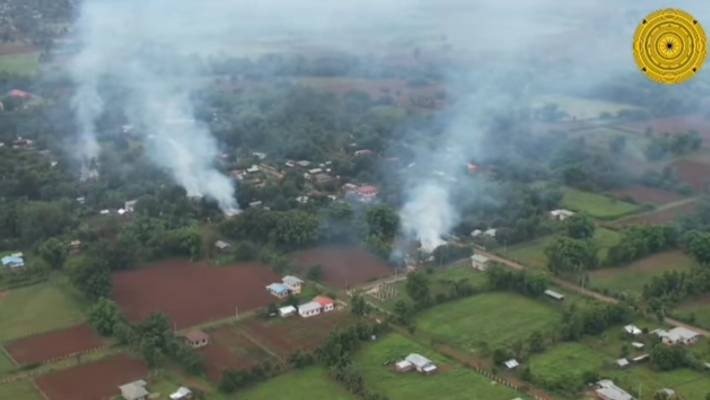 The intensive fighting between Myanmar junta troops and resistance arm forces will continue as the junta start its operation in Karenni State according to defense ministry of Karenni.

He said, “The fighting will continue. They(Junta) will do their operation to be able to control urban civilians, to protect their battalion base and to control union road(The main road between Loikaw to Parsaung)”.

Myanmar junta has lost control of several townships in Karenni State since the beginning of this year. The using of heavy artillery and air strike were the only option for them to fight against resistance arm forces according to Karenni combined arm forces.

The junta Light Infantry Battalion 427 and Artillery Battalion 102 that base in Deemaw Hso township often fire 120 MM artillery to the Karenni resistance arm forces but now they are starting to use long-range weapons called howitzers said Karenni Nationalities Defence Force(KNDF) in its statement that release on August 20, 2022.

Seven villagers were injured when Htee Poe Kalo village of Deemaw Hso township was hit by three artillery shell by the junta on August 13.

“It is confirmed that three artillery shell have hit into the village and seven of our villagers have injured. One was seriously injured and other six were minor injured.” Said Banyar director of Karenni Human Rights Group.

On Jun 20, 2022, the Karenni National Progressive Party, Karen National Union and Chin National Front issued a joint request to the United Nations and the international community to establish safe demilitarized zones for civilians.