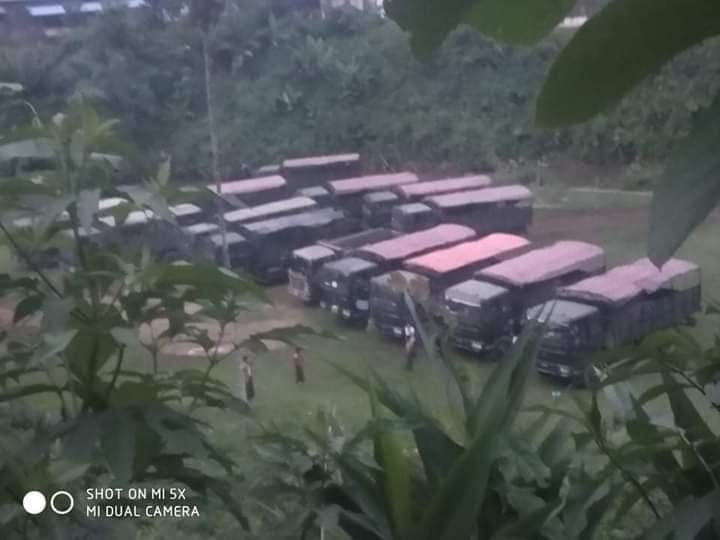 The military is taking advantage of a temporary ceasefire with a civilian resistance group in Burma’s Karenni State to seize territory and strategic locations, a civilian network said.

“When we look back, we will see that the ceasefire was just on paper…They are sending additional troops, weapons and food rations to Karenni State as part of their strategy to grab as much as they can during the temporary ceasefire,” said Khu Koe Reh, who is the coordinator for Karenni Civil Society Network (KCSN).

After the Karenni National Defense Force (KNDF) announced the peace deal on June 15, the military dispatched fresh soldiers to eastern Demawso Township. Many have taken residence in people’s villages without their consent.

“They are sending more troops into our area every day. We want to live in our village peacefully and cultivate our farm. However, with many soldiers arriving in the area, we fear fighting will start again,” said a civilian living in an internally displaced persons camp in eastern Demawso Township.

According to KCSN, the military is targeting civilians in Karenni State. During the first two days of the ceasefire, the Burma Army shelled villages with artillery. The bodies of 10 people who couldn’t be identified were found in the township.

“Everyday soldiers arrest and kill civilians. People have to flee their homes. Before, those who lived east of the Salween River had to flee but now every township in Karenni State is affected. The Burma Army is committing crimes against humanity and genocide,” Khu Koe Reh said.

The Army made the peace agreement to launch its clearance operation in the region, he explained.

According to a recent report by Karenni Civil Society Network, the military sent 2,000 soldiers from 18 military battalions to Karenni State. Burma Army has dispatched 600 reinforcements from its elite LID-55 and LID-66.

The military “have continued firing artillery into civilian areas, and carrying out clearance operations in villages around Demawso, which has sparked renewed fighting with KNDF. The ceasefire is therefore already effectively defunct,” the report said.