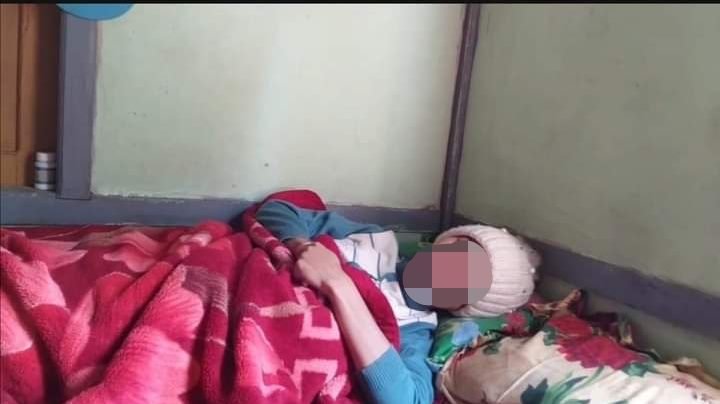 After joining the Civil Disobedience Movement (CDM), a pregnant wife of a police officer lost her baby while the couple were hiding from the military regime. The policeman worked in Hpruso Township before the couple joined the protest movement.

Despite the hardships they endured, the woman who was in her fourth month vowed never to give up the struggle against the regime. “We will keep going until the end. My husband and I have already decided this,” she told Kantarawaddy Times.

Now that they can’t earn an income, the woman admitted times are difficult. For their meals, they depend on handouts consisting of rice, beans, oil and salt.

Since early February, over 200 police officers walked off the job because they oppose the coup.

“I refuse to work under the military regime. Burma Army has oppressed many people, including my relatives. We had a taste of democracy for 4 to 5 years, and then they (military) destroyed it,” an officer from Loikaw said.

Police who joined the CDM lost their apartments provided by the state.

The Tatmadaw Information Team reported that officers who left their position are from the reserve force and not regular employees. But Kayah State Boycott Committee confirmed they were full-time officers.

While the officers haven’t received criminal charges, police commanders are trying to convince them to return to their jobs through fellow officers who are still working.

The police that Kantarawaddy Times spoke with said they refuse to go back to work until the dictatorship is over.

Armed forces have killed at least two people in Kayah State who joined peaceful demonstrations against the military regime since it staged a coup nearly three months ago.