Karenni Activists Ask State Parliament, Govt to ‘Listen to the Voice of the People’ 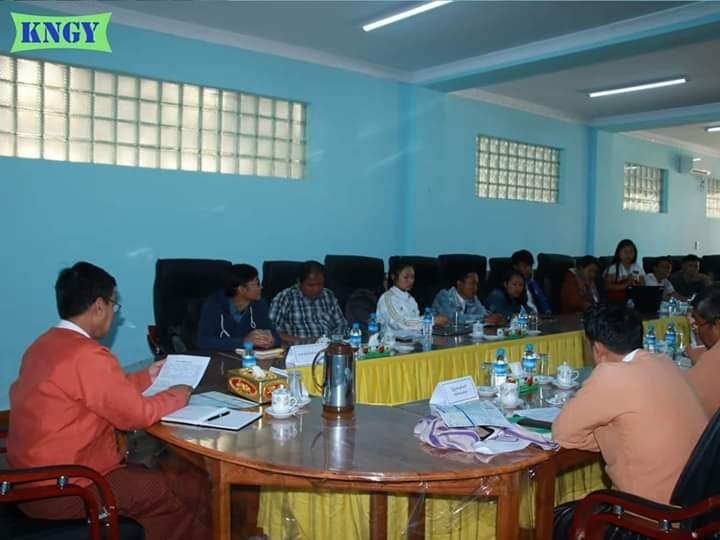 The Karenni State parliament has been unsatisfactory in incorporating public recommendations to their work, activists say.

The Kayan New Generation Youth (KNGY) held township level peace forums in four locations and a state level peace forum in Karenni State last year. They brought the input from the state’s people to the parliament, but said that overall the responses were not positive.

“Some parliamentarians told us that they could implement some points that we sent, but they didn’t promise that they were going to implement them,” secretary of KNGY Mo Catherine told Kantarawaddy Times.

KNGY had wanted the state parliament to take people’s demands regarding peace issues then bring these demands to the government, and ensure that they are implemented.

Representatives of KNGY and the Karenni State Farmer’s Union (KSFU) discussed the results of the peace forums with state parliamentarians in Loikaw in December 2019. Participants in the forums discussed land and environmental issues, youth and peace, political and local administration, social issues and education, indigenous people’s rights, agriculture an the economy, and job opportunities.

Chairperson of the KSFU Khu Tu Reh said that his organization was also dissatisfied with the parliamentarians’ responses, particularly around cases involving land disputes between the Burmese military and farmers.

“I feel upset because the parliamentarians told us that they don’t have any way to help farmers in the state parliament,” he told Kantarawaddy Times, adding that lawsuits against farmers and land grabs by the army have created major problems for locals and would impact the peace process.

Kantarawaddy Times sent questions to the office of the Karenni state parliament, but had received no response from the legislature at the time of reporting.