“We want to give our remark that we are not that satisfy with the negotiation to the issue of statue and youth affair.” 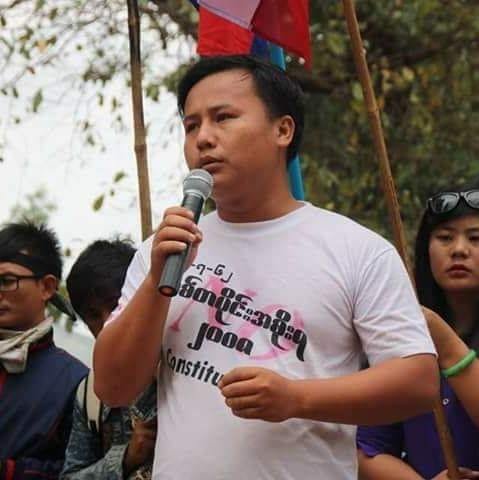 We have known that the Karenni Youth Forces mainly discussed (3) talking points in today meeting. Related to this, Kantarawaddy Times interviewed with Khu Parskwaleh (nickname) Myo Hlaing Win, one of the Karenni Youth members who attended the meeting.

Kantarawaddy Times – What did the Karenni Youth Forces mainly discussed in this meeting?
Myo Hlaing Win – We mainly discussed three talking points. The first one is we discussed on military’s land confiscation and allegation against farmers. The second point is Bo Kyote Statue issue and the third point is the (6) claims concerned with the need of Karenni youths.

Kantarawaddy Times – Yes. So, how is the situation of the first point regarding of farmer issue? Is it satisfiable as the military has now sued 41 farmers?
Myo Hlaing Win – We are satisfied with discussion result of the allegation against farmers. The State Counsellor has assigned this issue to Dr. Aung Thu, Union Minister for Agriculture, Livestock and Irrigation. Then she asked the Department of Military Defence to solve this problem quickly; so, there is a positive hope.

Kantarawaddy Times – How is the situation of the second point regarding to Bo Kyote Statue?
Myo Hlaing Win – For Bo Kyote Statue, it is hard for the state counsellor to involve and solve this problem as it is her father and also her family member. So she said that you don’t want to solve it. She suggested to negotiate between the Union Minister and the Karenni Youth Forces. So, the statue issue was done at that extent.

Kantarawaddy Times – So… when will the Karenni youths meet with the Union Minister to negotiate the Bo Kyote issue?
Myo Hlaing Win – We haven’t decided which month, or day to meet with the union minister.

Kantarawaddy Times – Yes… as there was a negotiation upon the third point related to the (6) claims made by the Karenni Youth Forces, what are those claims and how was that negotiation?
Myo Hlaing Win – The (6) claims of the Karenni Youth Forces are to unite all the youth in Kayah State, to establish a Youth Centre, and to support financially to the ethnic youths such as Kayah, Kayan, Kayaw as possible as the state government can, and another one is to create job opportunity within the state, to repeal local law under article 188 which was promulgated by state government, and to review onto Youth Policy. In the past, we have done philanthropy activities together with NLD youth. … We mainly discussed it.

Kantarawaddy Times – How are their responses onto the discussion of the (6) claims?
Myo Hlaing Win – Their responses are like the government department will solve this issue as quickly as they can. It was end with the word that they will help as much as they can.

Kantarawaddy Times – OK. So, was the Karenni Youth Forces satisfied with today meeting? And how do you analyse the discussion points?
Myo Hlaing Win – I assume that there is a hope concerned with the farmer issue. And we want to give our remark that we are not that satisfy with the negotiation to the issue of statue and youth affair.