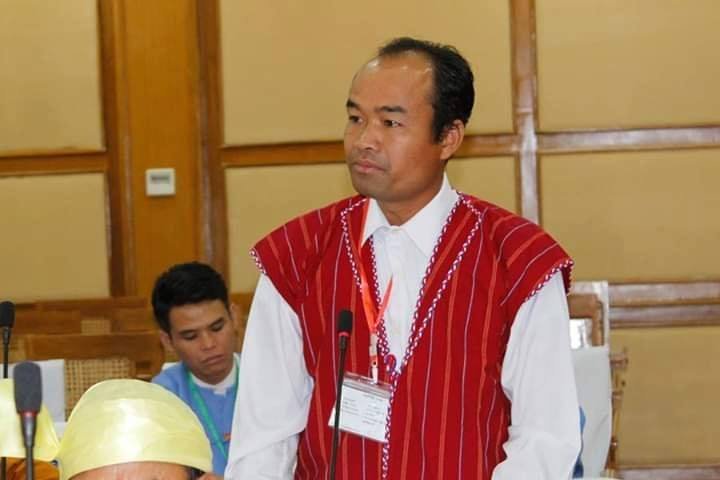 A state parliamentarian inquires whether the Karenni State chief minister is manipulating the tender process.

Parliamentarian for Hpruso Constituency (1) Thae Reh has spoken out about concerns with about the implementation of the tender bidding process in Karenni State’s regional development, describing it as not in line with existing regulations.

Currently, the Karenni State chief minister El Phoung Sho sets the lowest price when calling for tenders from companies to carry out projects in the state.

However, Thae Reh said that this should not be the case. “When selecting a tender company, a certain company is selected if the company’s tender price reaches the price set by the chief minister.

I have highlighted that this is not in line with Direction 1/2017 on the tender procedure,” MP Thae Reh told Kantarawaddy Times.

Direction 1/2017 was released by the Office of the President in April 2017 and stated that a tender committee must set the lowest price for the project. According to Thae Reh, companies close to the chief minister frequently win tenders.

“Only the chief minister knows the secret pricing. To win the tender, I can say, some companies try to be close with the chief minister,” he explained, adding that he did not know “exactly which companies” are engaging in this practice.

However, he added that it was suspicious that some companies had won tenders for four, five, and even ten projects. Thae Reh raised the issue in the Karenni State parliament’s session on June 24.

Maw Maw, the state’s finance minister, responded by saying that the chief minister is doing his best to work in line with the situation on the ground in the region.

“As a representative of the President, the chief minister takes responsibility for controlling financial issues.

He tries to make sure there is no wasting of state funds and no weakness in financial regulations,” Maw Maw said in parliament.

“Therefore, the chief minister approves the bottom price for tenders, which is also in line with the 1/2017 regulation… I can say that we haven’t broken any regulations,” he added.

Thae Reh followed up by asking whether the chief minister’s actions could be considered a manipulation of the tender process and thereby a violation of the anti-corruption law.

Maw Maw did not respond to the inquiry. The tender process, according to finance minister Maw Maw, consists of committees focused on the construction of buildings, roads and bridges with state funds.

A call for tenders is put out in the state-run newspaper, and a month later the committee makes a preliminary decision about the company. The state government then makes the final decision, and a contract is signed within seven days. The committee monitors the development of the project until it reaches completion, he added.