Govt Staff Locked Out of Apartments After Joining Protests 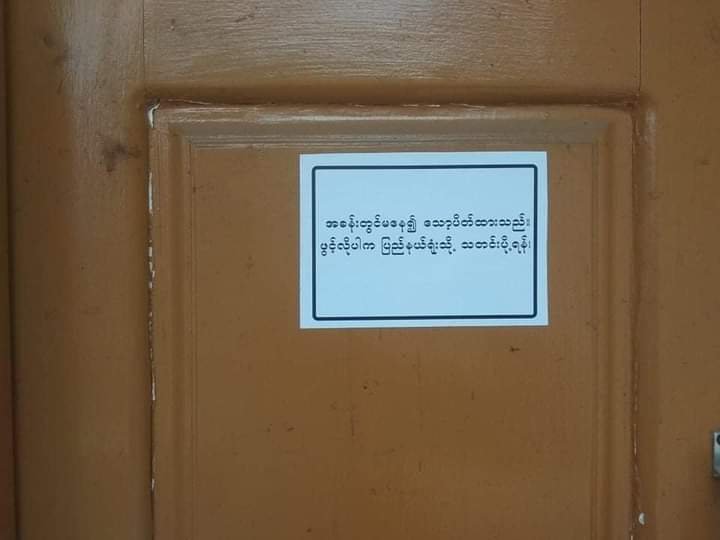 Authorities changed the padlocks in residences of municipal servants who joined the Civil Disobedience Movement (CDM) in Loikaw, Kayah State.

A letter pinned to the door said if they want collect their belongings they can come to the office to get a key, an anonymous General Administration Development staff member, who joined the demonstrations, told Kantarawaddy Times.

Fearing arrest, some GAD employees have gone into hiding. The source explained not everyone is from Loikaw and some have children.

According to the Hpruso Township GAD officer, fourteen employees were suspended for participating in protests that started on February 8. Over 50 of 200 staff in Loikaw have demonstrated against the junta. Of the 500 employees in the state, over 100 have taken part in the protests.